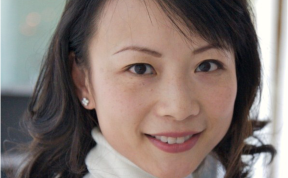 ANNA CY CHAN is the Head of Dance, Performing Arts of the West Kowloon Cultural District Authority/Hong Kong. She is responsible for shaping the district’s artistic direction and strategies for dance. Under her leadership, a series of New Works Forum programs have been launched and co- presented, including Dance Dialogue with Wayne McGregor, Screendance and Writing Choreographic Process. These programs explore innovative forms of creating and performing, and new ways of discussing and thinking about topics related to contemporary performances. In 2007, Anna became the Vice-President (East Asia) of the World Dance Alliance Asia Pacific. Prior to this, she was the Head of the Performing Arts Education Centre at the Hong Kong Academy for Performing Arts. During her tenure, the Centre created several successful community engagement projects, including smARTS Journey and Performing Arts Marathon. She was also the Chairperson of the Hong Kong Dance Alliance from 2006 to 2011.